Back to all posts

I had a really great, enlightening week this past week! Hope everyone has had the same! Wrapped up 2 more album tracks in the studio, did a little demoing…. And over the weekend, THIS happened: 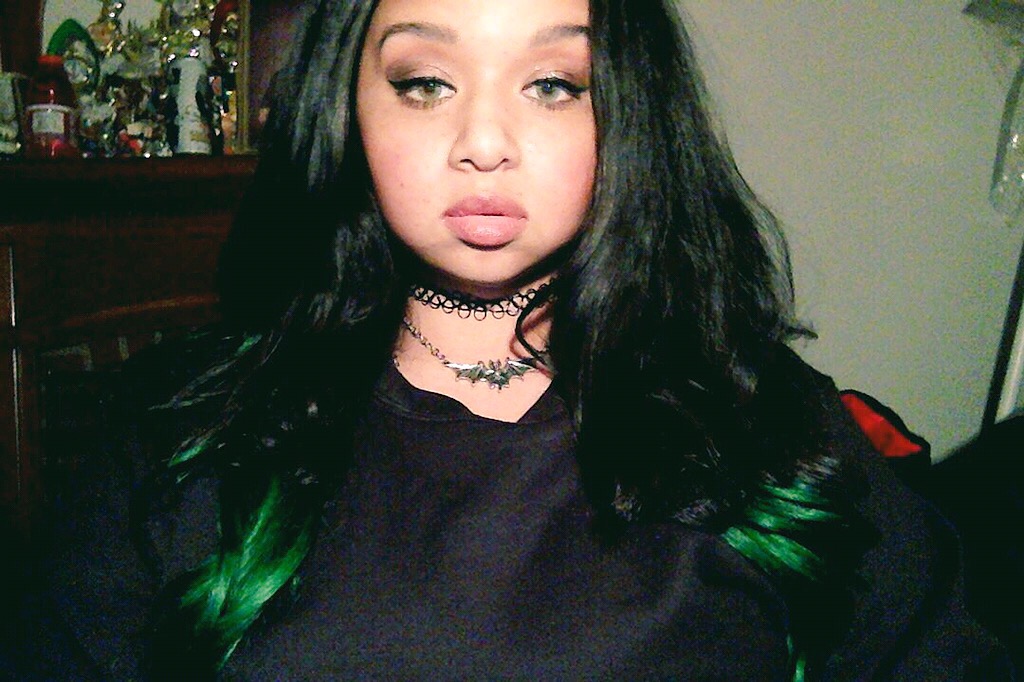 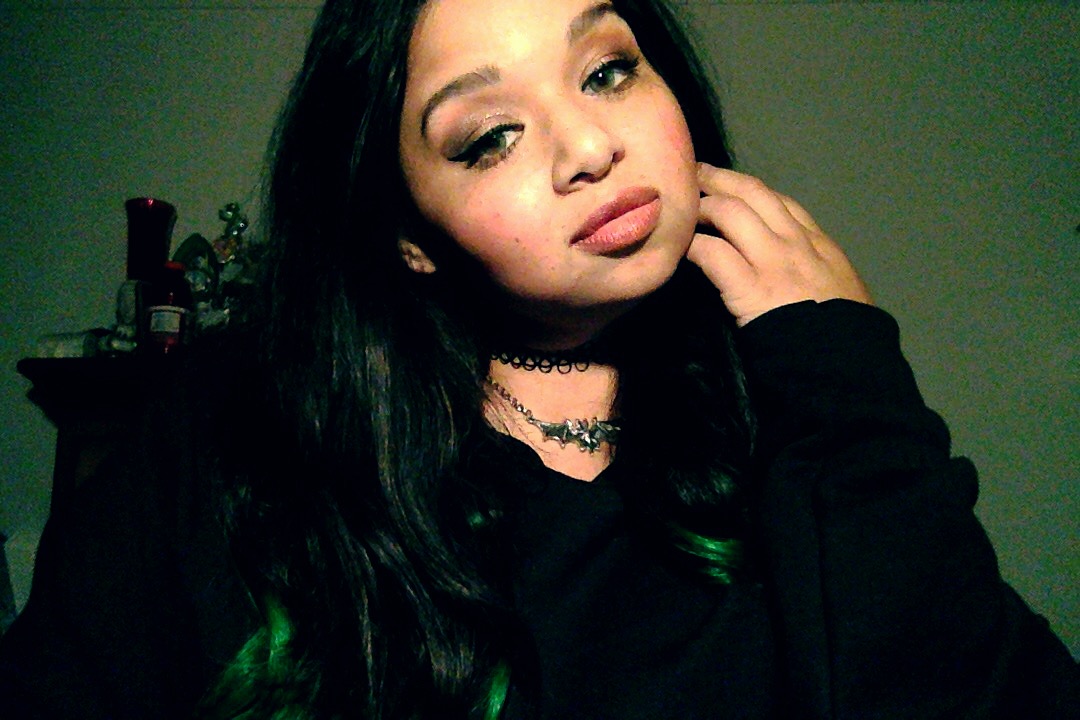 As you can tell, I’m beyond happy with it! I’m LOVING the green, & it’s one of the best decisions I’ve ever made in my life :) I feel more like myself & like it’s a bit more fitting for my lifestyle, which is necessary evil. Plus it’s always fun to try something different & new. I couldn’t be happier! This, in addition to attending Renaissance Festival really made for an awesome (& restless) weekend for me. I had a blast! I went with my sister & we did some medieval shopping, ate fudge, got fairy dusted. You know, my speed kind of stuff. Very fun! After returning home to my lair, me & my business partner made LOTS of future plans for visuals, even wrote down a few little notes for post-album work. Things just keep coming together super fast, & that’s exactly how we like it down here. We’ve been working very hard in the studio, trying new things, bringing new people on board, and perfecting pieces that are as old as 5 years now. Crazy to think this all started in 2011. Now we’re 3/4 of the way into 2015, and have over 1/4 of my first full-length album done. Total of 3 songs down, & it feels amazing. My absolute favorite song thus far on the album we finished in our last studio session. That song, which we will call “WINWY’, is absolute fire. Most of the songs being recorded are old in comparison to the few newer tracks that will appear on the album. But WINWY is the newest piece & addition. I wrote a little bit about this song last post, kind of giving detail that it appeared almost out of thin air, but now you have a some-what title! I wrote it in a heat of passion. I was talking to my friend Matt about the things in my life that have inspired me to write certain pieces on the album, & shared with him my desire to correct those who have ever done wrong to me. So many feelings, thoughts, memories, & words come into play whenever I play this song back to myself through headphones. I literally can close my eyes & get lost in the world that I see in my head. The progress and development over the span of a month working on this song seriously has blown me away. This is where you’ll see some of my meanest, ugliest, most jealous moments of the album happen. 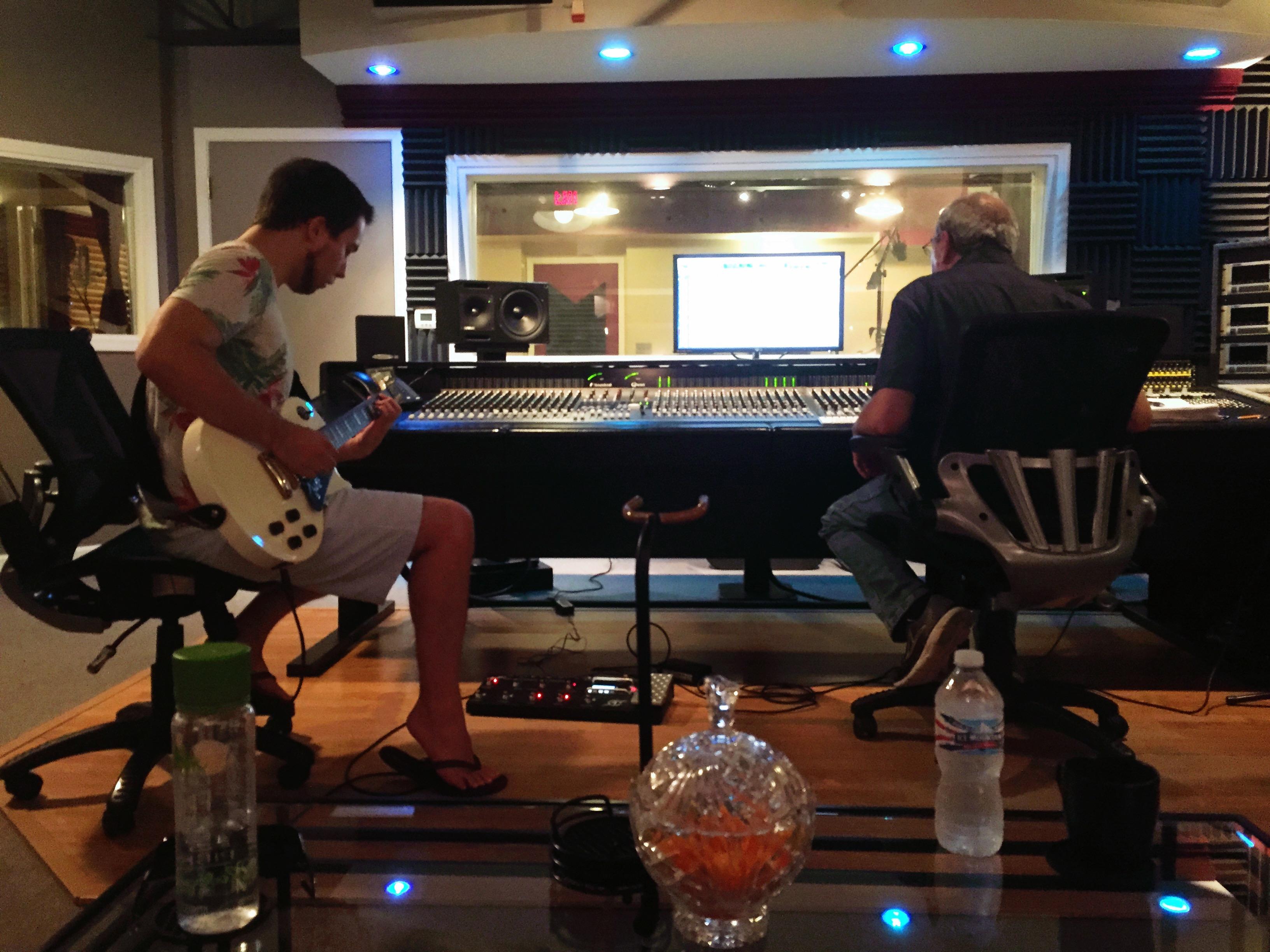 WINWY is about betrayal. In this case, betrayal in a romance. If you want to call it that. You could consider it a common write as a concept, but it does not contain the common words of one who is hurt or angry by the betrayal of another. I really used vivid imagery in this song, which I’m proud of. I want there to be such an imagery & fantasy element to me, the music, & the idea as a whole when it comes to the writing. As I said last post, men have heavily inspired me for my portion of the writings on this album. Both men & my experiences around men in everyday life really triggered a lot of ideas & words during the writing process for me this time around. Whether I'm writing from a stand point of experiencing it myself, watching one of my best friends go through it, or inflict it. I’ve longed to write about a number of things: betrayal, heartbreak, relief, lust, satisfaction, immorality. Things that we feel or might have felt while attempting to ignite a unity with another, or sharing in that unity together. And somewhere in the music, there’s such an undertone of reality that has emerged that I truly have fallen in love with. It’s something that doesn’t exist on the EP, amongst other things, & I really wanted to heighten those sensations this time. WINWY & Song #2 (no more titles!) are so vastly different, but don't fall short of each other when conveying the emotion over the situations involved. And growing as a writer means thinking outside of the box, finding other techniques along the way, & using them as a new template & guide to your future work. For as long as I struggled with this problem, I feel like I’ve finally gotten a handle on it. For example, being able to take your experiences, good or bad, & be able to express them in a way that is therapeutic to you. Regardless of how painful it is, or might have been. Not so much reaching a point, but finding one. Going from there, & building off of that. Believe it or not, this is something I’m only just learning how to do. And I’m enjoying every minute of it. There is so much heart & unfortunate truth to the stories being told, & I enjoy the idea of sharing what is now a therapy for me. Some of the most rewarding feelings for me in the past few months have been going into the vocal booth & singing lyrics to songs that I’ve written while in tears. Not good or bad tears. Just tears brought on by digging into my past, & remembering why I fought so hard to forget it. Realizing that all things happen for a reason, & that I’ve come so far to be where I’m at. Not to let the bad times that brought me here consume me. Sometimes, even in the glory of my darkness, I too forget who I am. I get wrapped up in the everyday, temporary contentment & happiness of the ordinary, & forget the value of my perception. It’s safe to say I get let down easy, & often expect too much. I’ve found being alone to be the safest. And in this chapter of retreat, I’ve regenerated & improved. Both in knowledge & in vision. And when I say being alone seems to be safest, I do not say that out of sadness. I say it out of independence & self-growth. Being able to write a song like WINWY is the perfect example of that. In which case I’ve needed time & space to myself to acknowledge these ugly thoughts & feelings, and keeping those I love out of harm’s way in the process. I talk about so much in this song, & recording my voice in it’s final draft was so meticulous & important to me. To get it right & get it right, perfectly. It’s pure alchemy & totally sweet. I talk about all of my favorite things. I talk about the things that embody me & make me tick. My fantasies, desires, my passions. I imagine looking to the sky & seeing the bright beam of the moon illuminating the night. Looking to my labyrinth- home of non-domestic animals, flowers of every kind that can never die. An endless supply of cherry candy, just the way I like it. Locking away those who deserve my revenge, dressing to kill, & wanting it all. Getting it, too. While I am still in a state that needs a lot of growing, soul-searching, & finding these things out about myself, so much has come to me already in such a short time, both musically & personally. Seeing the evolvement of my writing makes me optimistic as ever, especially for the future of my writing. You would not believe some of the material I’ve already come up with for after the album. It too is taking on a direction of it’s own. Which is exciting & new. I think it’s great. Overall, I think the album is coming along great. It’s taking on quite the formation, & slowly developing into a beautifully tragic story, all about a girl & her first brush with hatred. Totally kidding. Her many brushes with hatred. We’ll see how I do. Until then, it’s about that time I go hang upside down & attempt sleep. Because who actually does that here? Population: 0. Far too loud >;)